“…Using deftly improvised dialogue, ‘Dreamworld’ features an intimate view of the painful distinctions to be made between dreams and reality.” – Ashland Independent Film Festival

“The performances were great – An amazing ensemble cast gives the script the right balance of dreaminess and weight.
…Hertford has a great face for wounded sincerity …
…Wiles turns a stereotype into an archetype ….
….manages to bring losers of epic proportion together and make us want them to triumph through all that they do to each other and themselves.”  – Florida Film Festival

“Hertford and Wiles are charming and the chemistry radiates on screen”  – Newport Beach Film Festival. 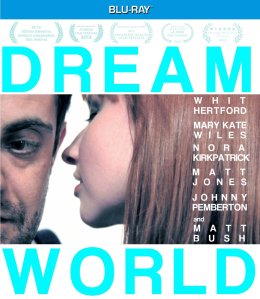 The film’s fantastic soundtrack composed by Pleasant Pictures can be downloaded on iTunes.